On Saturday 7th May 2022 12 LGBTIQ+ choirs from all corners of The Netherlands will come to The Hague to participate in Tutti 2022 – The Royal Edition, the second Dutch LGBTIQ+ choir festival. In the afternoon nearly 300 singers will perform in three prominent locations in the centre of The Hague and in the evening there will be a festival concert in the city’s brand-new concert venue complex, Amare.

After a delay of two years, the choirs are happy that they can at last perform in The Hague, the seat of the Dutch Royal Family. Where the singers can share the pleasure they have in singing, where they can entertain the public and where they can contribute to the visibility of the colourful and diverse LGBTIQ+ community.

Between 13.30 and 17.00 the choirs will spread-out over different outdoor stages in the city centre, They will be performing at the Grote Markt, next to ’t Goude Hooft and in the Haagsche Bluf.

As well as the outdoor performances, the choir will be demonstrating their talents during a festival concert that starts at 19.00 in the Concertzaal of Amare. It promises to be a surprising and colourful evening with many different styles of music. From classical to pop, from musicals to chansons. Switching between joy and melancholy. 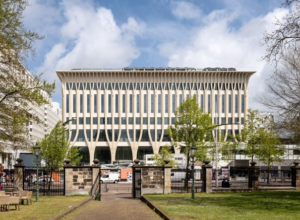 You can purchase tickets from the website of Amare using this link.

The festival is an initiative of the non-profit organization Nederlands Rozekorenfestival, whose aim is to increase the visibility and awareness of all LGBTIQ+ choirs in The Netherlands. It was established as a Dutch variant of the European LGBTI choir festival, “Various Voices”. This edition of the festival has been organized by the Hague Gay Men’s Choir, Vox Rosa, the oldest existing LGBTIQ+ choir in the Netherlands and the Women’s Choir, the Heksenketel.

Tutti 2022 – The Royal Edition is made possible with the support of the following organiations; the city of The Hague, Prins Bernhard Cultuurfonds, CultuurSchakel, Fonds 1818, VSB-Fonds and COC Haaglanden.